If you’ve also recently transitioned to Engineering Manager from Individual Contributor you may find yourself in the precarious position of managing ex-peers and friends.

This is a weird place to be in right?. The dynamic of the relationship changes immediately. You might have been friends with your managers in the past, but were you friends before they were managers? Were you in the same team? Did you start at the company on the same day? Were they more senior than you before you transitioned? Were they mentoring you in a previous job?

I can answer yes to all these questions. There’s no sugar coating it. This is an awkward situation.

Part of developing into the EM role is learning, experimenting and taking your craft seriously. It can be hard to do this while holding onto the established friendships of your direct reports.

I found that the line between professionalism and friendship is a bit blurry, and I was thrust into that fog straight away with salary conversations and performance reviews. How do you discuss salary expectations with former peers who were in the same position several months ago? How do you talk about career development plans with friends who you’ve been drunk on several Christmas after parties with? 🍻

What’s the secret to making this shit less awkward???

The truth is there is no way to avoid it. This shit is awkward. Part of the panacea is to admit it’s awkward, have that chat early and just address the elephant in the room.

“Hey, we used to be engineers on the same team, now I’m your manager, how do you feel about that?”

Everyone is different in how they’ll respond to this. Some people are great at compartmentalising relationships — work Milly is manager Milly. Out of work Milly is friend Milly†. Some people need a bit of help. For some of my direct reports I alternate between a social catch up and a work related catch up. I let them drive our work related conversations and make sure I build that trust currency and remain as professional yet authentic as possible. Nobody likes a 🤖 manager.

Honestly, I’m still navigating that line between friend and manager. I just seem to be dialling up various levels of professionalism. I also have to remember that even outside of work, at the pub or axe throwing gym, I am still a manager and those invisible power dynamics are still there, and I can NEVER exploit that. 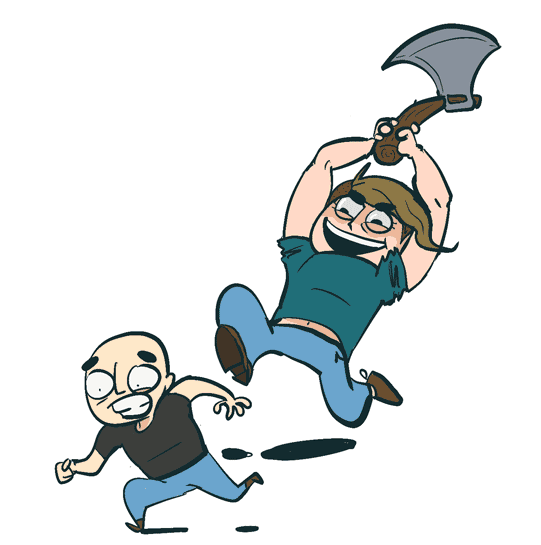 I still make jokes about firing people for not sharing fries with me. Gotta have a bit of fun.

† Of course I know managers can be friends but it’s just human nature to let titles dictate our relationships a little bit.